Get Help
Help
Login to LibApps 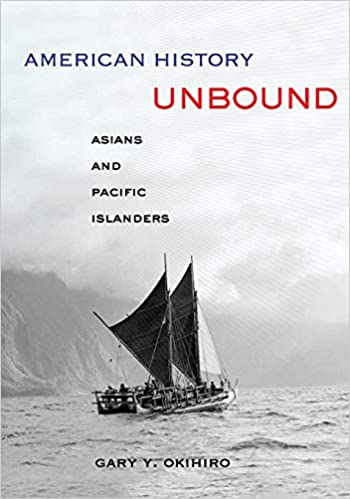 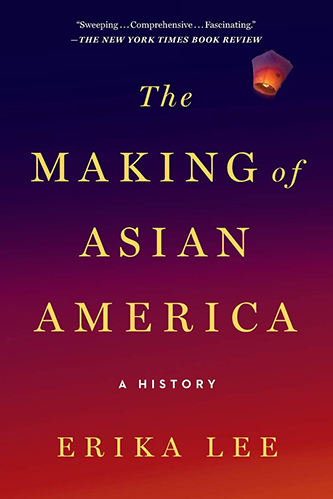 The Making of Asian America: A History 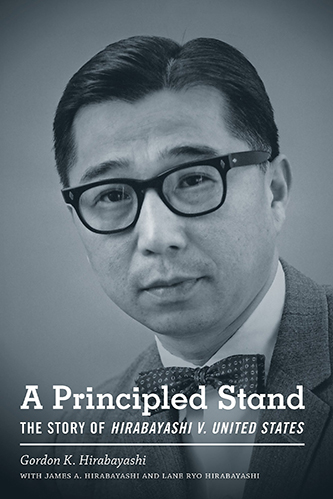 A Principled Stand: The Story of Hirabayashi v. United States

Enduring Conviction: Fred Korematsu and His Quest for Justice 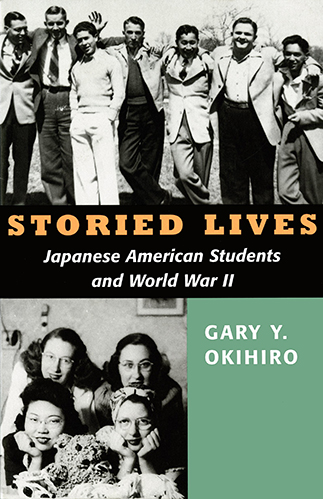 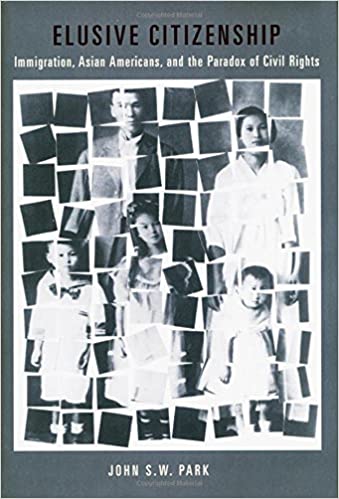 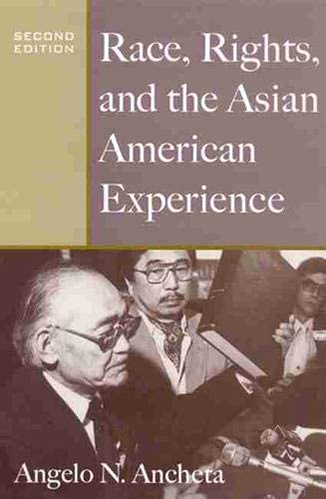 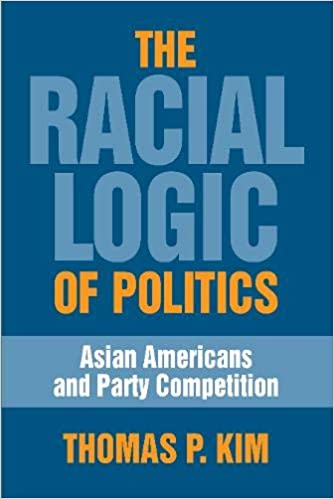 The Racial Logic of Politics: Asian Americans and Party Competition 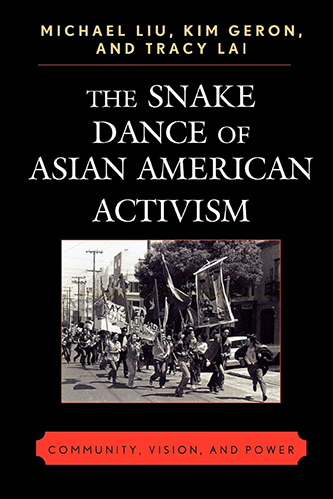 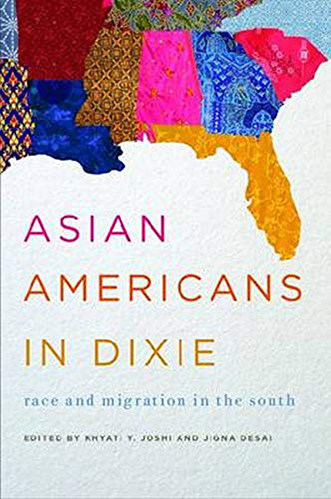 Asian Americans in Dixie: Race and Migration in the South 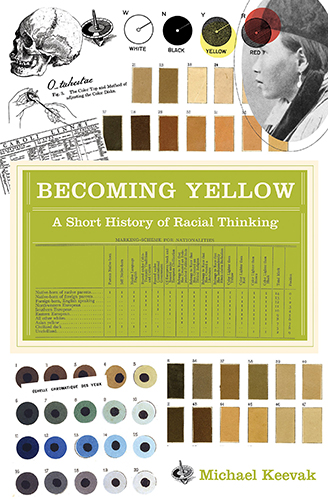 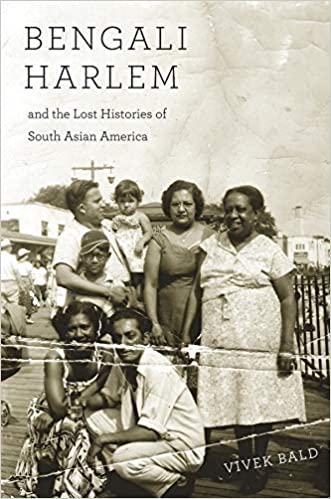 Bengali Harlem and the Lost Histories of South Asian America 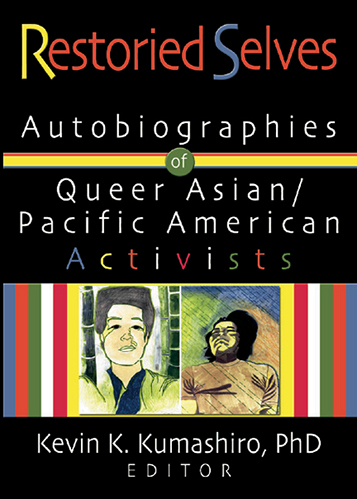 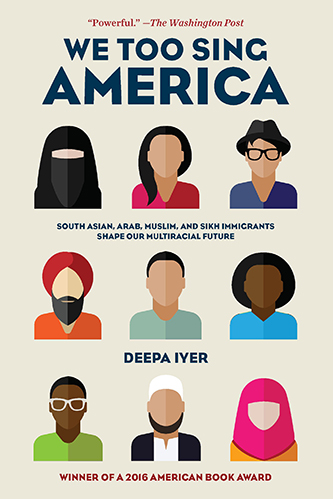 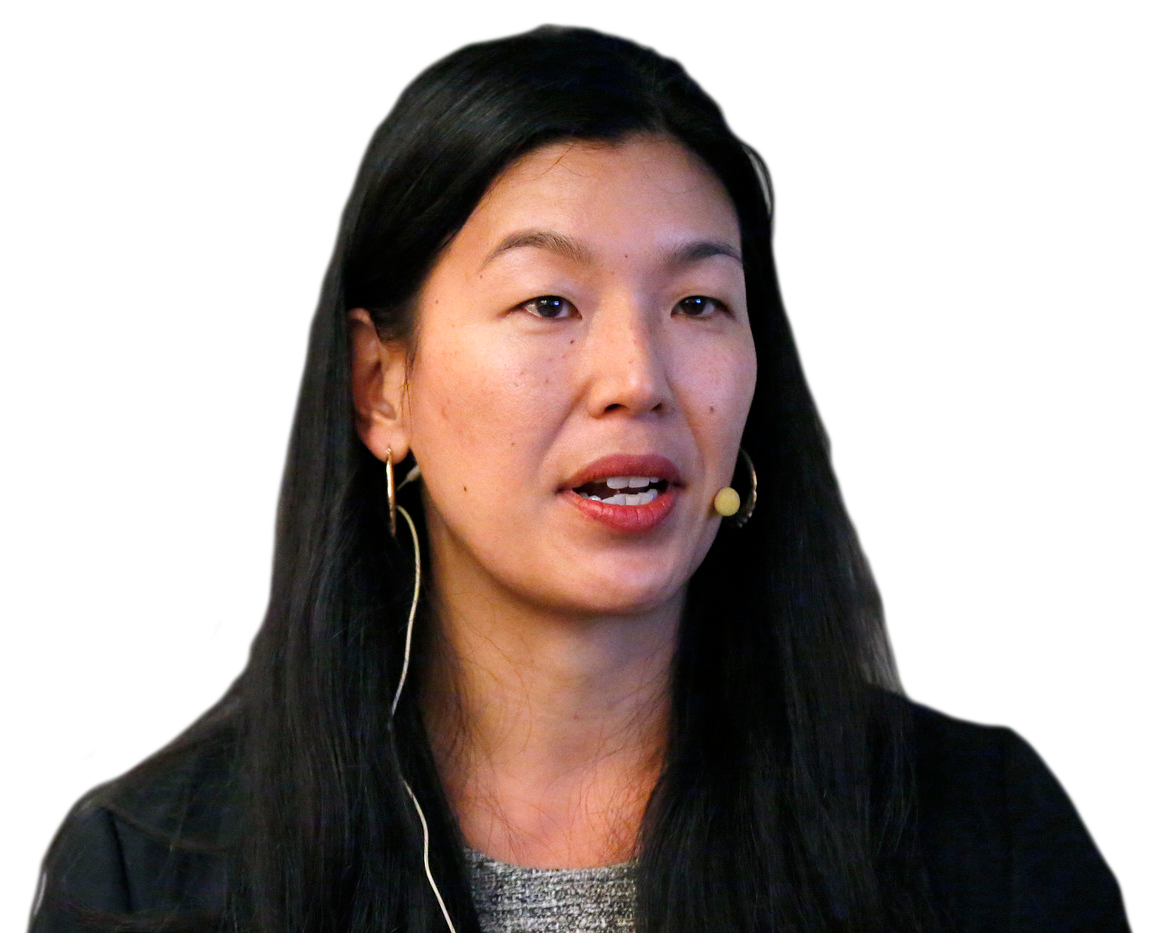 Ai-Jen Poo is an American labor activist and co-founder and director of the National Domestic Workers Alliance. The National Domestic Workers Alliance’s “mission is to support domestic workers to live and work with dignity.” She is also the director of Caring Across Generations and the author of The Age of Dignity: Preparing for the Elder Boom in a Changing America. In 2019, Poo co-founded Supermajority. She is the recipient of a MacArthur Fellowship as well as an Honorary Doctorate from The New School. 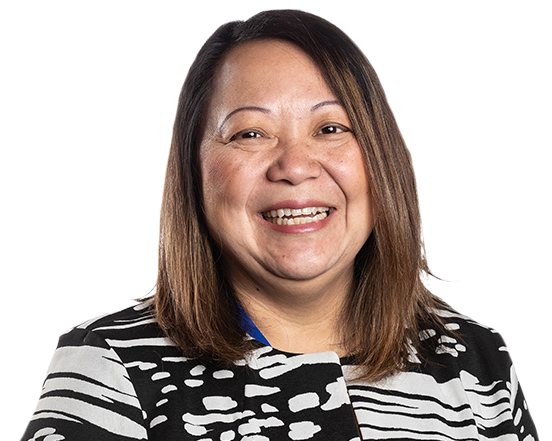 Bo Thao-Urabe is an American social entrepreneur. She is the founder and Executive and Network Director of the Coalition of Asian American Leaders, which “envisions a State where all Minnesotans, regardless of background, are actively engaged in shaping solutions, and can achieve prosperity.” Thao-Urabe served as a member on the White House Initiative on Asian Americans and Pacific Islanders . She founded several other initiatives, such as the Asian Pacific Institute on Gender-Based Violence and the BMPP Giving Circle. In 2019, Thao-Urabe was selected as a Bush Foundation Fellow. 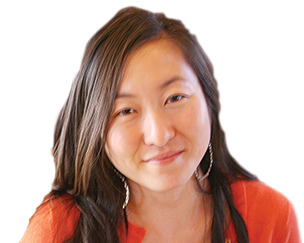 Mia Mingus is a writer and disability activist. She is a co-founder of the Bay Area Transformative Justice Collective (BAJTC), whose mission is to “to build and support transformative justice responses to child sexual abuse.” Mingus is known for coining the term “access intimacy” in her 2011 essay Access Intimacy: the Missing Link. In 2013 she was honored as a Champion of Change by President Barack Obama and as a Just Beginnings Collaborative Fellow in 2016. Her writings can be found on her blog, Leaving Evidence. 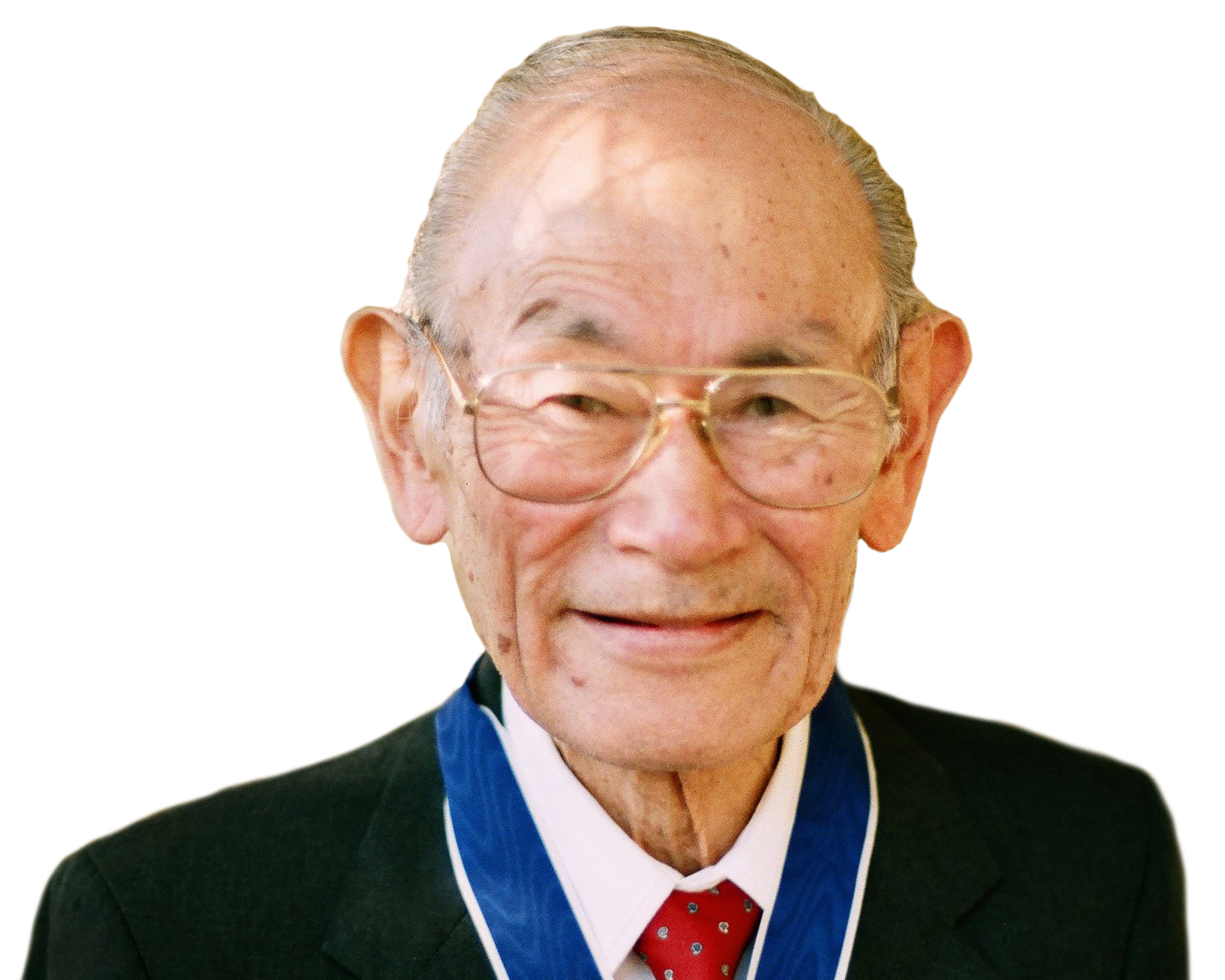 Fred Korematsu was an American civil rights activist. In 1942, Korematsu objected to the internment of Japanese Americans during World War II (1941-1945). In Korematsu v. United States (1944), the United States Supreme Court ruled that Executive Order 9066, which authorized internment, was valid. Korematsu’s conviction for evading internment was overturned in 1983 after it was discovered that the government suppressed vital information. Korematsu lobbied for the Civil Liberties Act of 1988 and was awarded the Presidential Medal of Honor in 1998. The Fred T. Korematsu Institute was founded in 2009 with the “mission of educating to advance racial equity, social justice, and human rights for all.”

Hinaleimoana Kwai Kong Wong-Kalu, also known as Kumu Hina, is a Native Hawaiian filmmaker and activist. In addition, Wong-Kalu is a hula teacher and community leader in the field of Kanaka Maoli language and cultural preservation. She has produced and directed several films, including Kapaemahu, and is the subject of the 2014 documentary Kumu Hina. She is the founder of the Kulia Na Mamo Transgender Health Project and was the 2018 Native Hawaiian Community Educator of the Year . 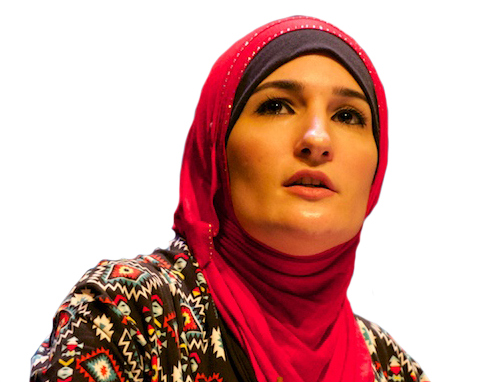 Linda Sarsour is an American political activist. She is the co-chair of the 2017 Women’s March and former director of the Arab American Association of New York . As director, she advocated against police surveillance of Muslim Americans and for the Community Safety Act in New York City . In 2014, Sarsour co-founded MPower Change which is “rooted in the Islamic faith” and works “on grassroots digital and field campaigns for racial, social, and economic justice.” She is an active participant in the Black Lives Matter movement . 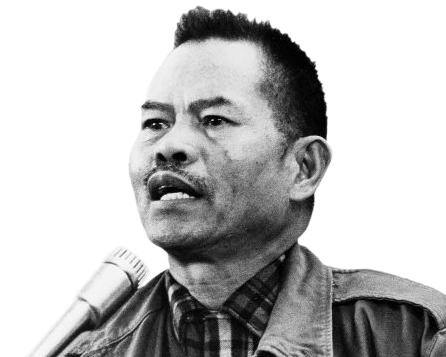 Larry Itliong was an American labor organizer. Through the Agricultural Workers Organizing Committee (AWOC), Itliong co-organized the Delano grape strike (September 7, 1965- July 1970), which fought for farm workers to be paid the federally mandated minimum wage. The strike resulted in wage increases and improved working conditions. Ultimately, the AWOC merged with the National Farm Workers Association and formed the United Farm Workers (UFW) union. Itliong continued organizing until his death in 1977. 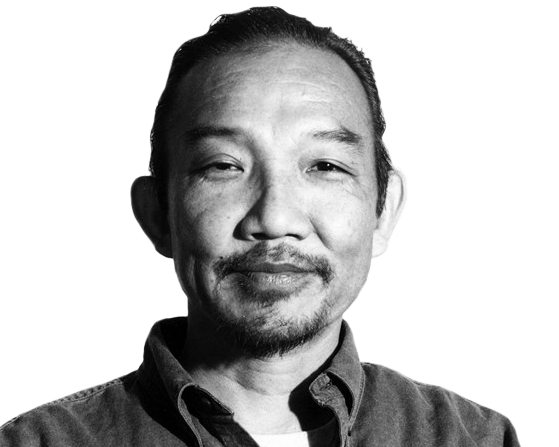 Kiyoshi Kuromiya was an American civil rights and LGBTQ activist and anti-war protester. Kuromiya marched in the Selma to Montgomery marches and became a personal assistant to the Reverend Dr. Martin Luther King, Jr. He was a co-founder of the Gay Liberation Front -Philadelphia as well as the Critical Path Project and the Critical Path AIDS Project newsletter, which was “one of the earliest and most comprehensive sources of HIV treatment information.” Kuromiya was included on the inaugural list of the National LGBTQ Wall of Honor in June 2019. 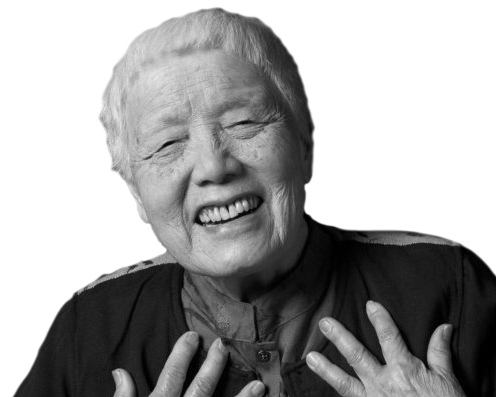 Grace Lee Boggs was an American author and social activist. She initially protested for tenants’ rights; however, she continued her activism throughout her life. In 1953, she married fellow activist James Boggs and together they continued their work, focusing mostly on civil rights and the Black Power movement. In 1979, Boggs and her husband helped found the National Organization for an American Revolution . In recognition of their activism, the Boggs Center was founded in 1995 and aims to “nurture the transformational leadership capacities of individuals and organizations committed to creating productive, sustainable, ecologically responsible, and just communities.” Boggs authored several books, including The Next American Revolution: Sustainable Activism for the Twenty-First Century . 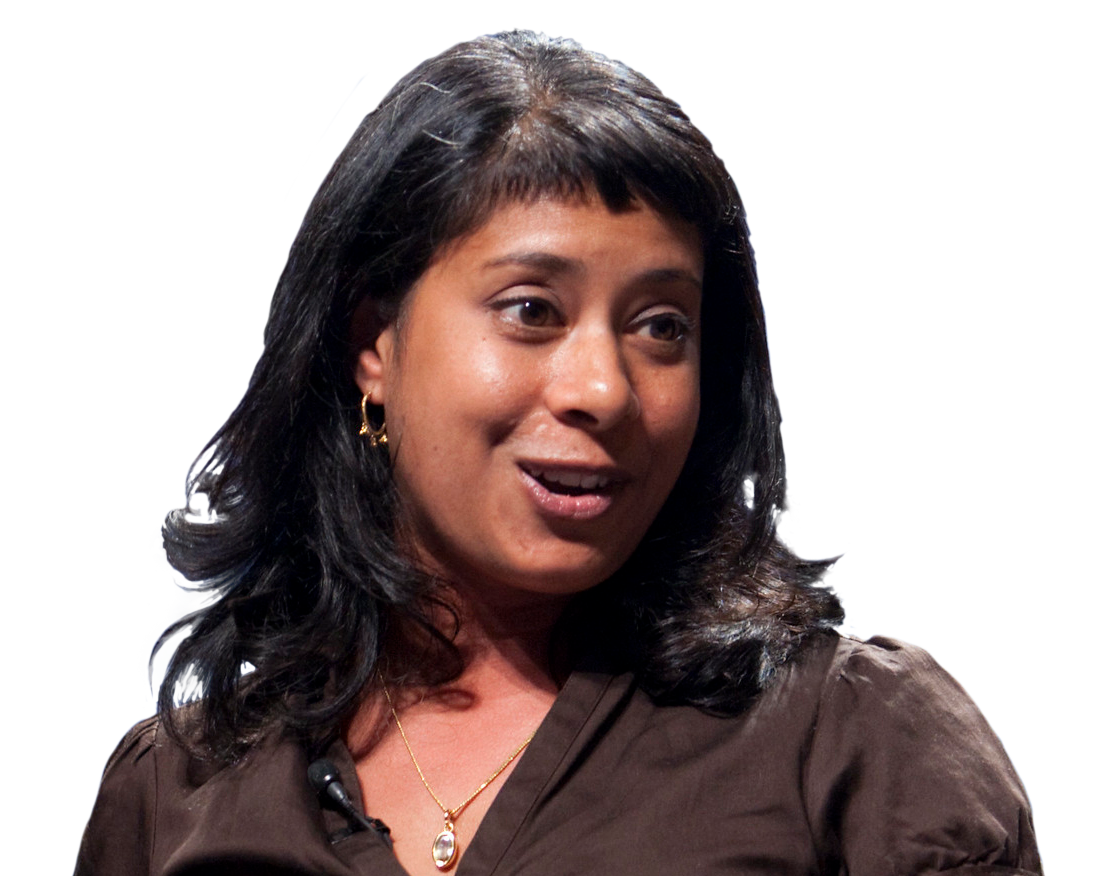 Rinku Sen is an American author and activist. She is the former Executive Director of Race Forward and was the publisher for Colorlines. At Race Forward, she initiated “Drop the I-Word, a campaign for media outlets to stop referring to immigrants as ‘illegal.’” Sen is currently the Executive Director of Narrative Initiative, which “catalyzes durable narrative change in order to make equity and social justice common sense.” She is also the co-president for Women’s Marchas well as the author of two books, including The Accidental American: Immigration and Citizenship in the Age of Globalization . 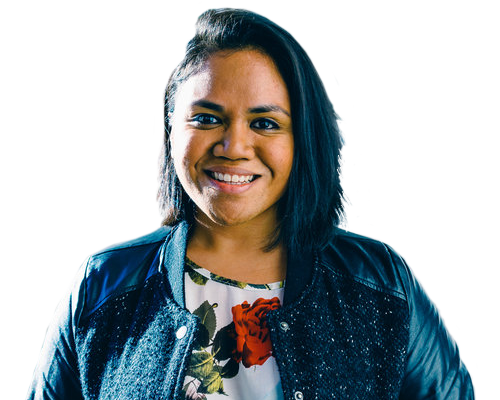 Terisa Siagatonu is an American poet and community organizer. In 2012, she was honored as a Champion of Change by President Barack Obama. She is the former Project Director for the Pacific Islander Education and Retention project at the University of California, Los Angeles. She is a co-founder of Root Slam, a “free bi-weekly poetry venue based in Oakland, CA,” and helped their team place fifth at the National Poetry Slam in 2017. Siagatonu’s work has been featured in numerous publications, including “Poetry Magazine…Button Poetry, CNN, NBCNews, NPR, Huffington Post, KQED, Everyday Feminism, The Guardian, BuzzFeed and Upworthy.”

Ibrahim Chowdry was a Bangladeshi-American political activist and community leader. He escaped British authorities, who were seeking to end his political activities in East Bengal, and settled in New York City in the 1920s. He was “involved in coalition-building efforts with African American Muslims and Middle Eastern Muslims, and reached out to Christians and Jews to form interfaith groups.” Chowdry’s life and work is detailed in the book Bengali Harlem and the Lost Histories of South Asian America.